Sidekick’s Founding Story: Why We Decided to Build the Smartest Scheduling Software in the World

Sidekick was born out of frustration. Nathan Jean, one of the co-founders, was becoming increasingly busier as he was growing his software development company. He was being booked for multiple meetings during the same time slot. Occasionally being stood up as a result of miscommunications while setting the meeting and feeling the pain of trying to schedule group meetings with clients and team members drove Nate to look for solutions.

So like any savvy person living in a world where we can just “google it”, Nathan did just that. He started researching software that could help him with his calendar, scheduling meetings, and make his life easier. He found a few tools, but none were sophisticated enough to fit his needs.

Keep in mind, Nate is a software engineer that writes custom code for a living. So after not finding software that worked for him, he set out to build his own.

Nate decided to bring the idea of Sidekick before two friends in the mobile app industry, Chris Ake and Jon Butler. Both of them immediately loved the idea of Sidekick because they both had felt the frustration of scheduling meetings and not wanting to hire an assistant. All three of them teamed up and set out to build Sidekick. 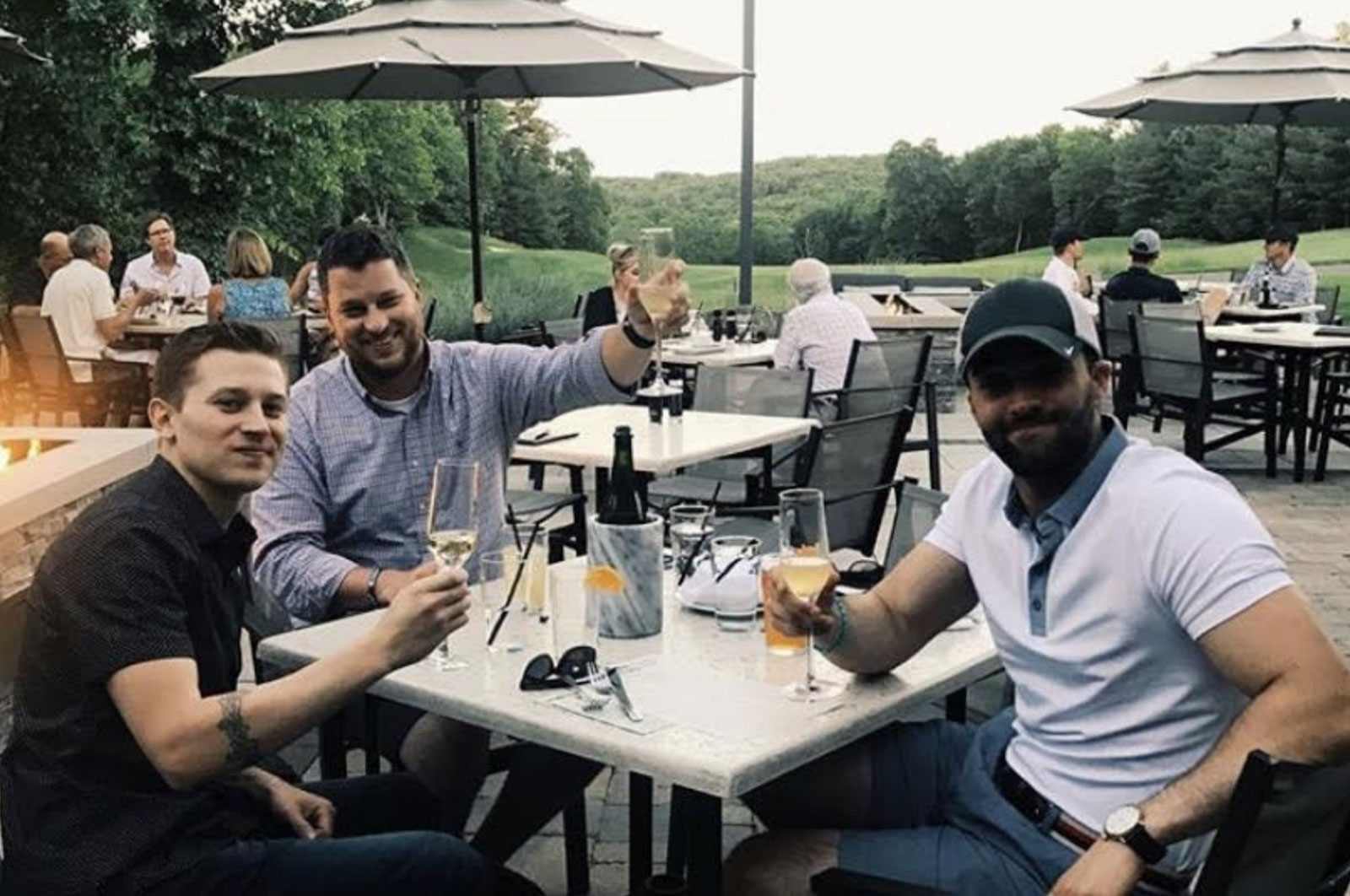 Of course a proper glass of champagne is recommended when decided to launch a new startup.

Behind every great company and product are people on the warpath. We wanted to give you some background about the Sidekick founders.

Jon has been partners with Chris Ake since early 2012. They both worked side by side to build Grandapps, a serviced based company that focused on mobile app development. Grandapps is an award-winning mobile app development company that has launched over 500 projects since 2011 and has clients from around the world. Jon was a crucial driving factor in the growth of Grandapps. The company was bootstrapped and started in the basement of a chiropractor’s office in Grand Rapids, Michigan. Jon is currently the CEO of Grandapps and manages daily operations. Jon had become very familiar with the software industry because Grandapps is a reseller for a mobile app SaaS software.

Jon Butler adds vast knowledge and experience to Sidekick that ranges from management, sales, and finances. As Sidekick grows and scales, Jon will wear more hats in the company.

As mentioned above, Chris Ake has worked with Jon Butler over the past several years at Grandapps. Chris is no stranger when it comes to start-ups and software. He helped build Grandapps from the ground floor and has invested and launched multiple companies since the founding of his first company.

Chris was named a 40 Under 40 winner in 2019 for his home city of Grand Rapids, Michigan. When the opportunity of Sidekick was brought to him, he loved the idea of spearheading the company and bringing the product to market. His partners Jon Butler and Nathan Jean agreed he would be the best fit to sit in as CEO and lead the bootstrapped company. With his experience in sales, marketing, and product software development, he was a perfect fit for the role.

Chris is currently the CEO of Sidekick and his main focus is to get Sidekick 1.0 ready for a January 1st, 2020 launch.

He will lead product development and oversee the Sidekick software.

We use cookies on our website to give you the most relevant experience by remembering your preferences and repeat visits. By clicking “Accept All”, you consent to the use of ALL the cookies. However, you may visit "Cookie Settings" to provide a controlled consent.
Cookie SettingsAccept All
Manage consent

This website uses cookies to improve your experience while you navigate through the website. Out of these, the cookies that are categorized as necessary are stored on your browser as they are essential for the working of basic functionalities of the website. We also use third-party cookies that help us analyze and understand how you use this website. These cookies will be stored in your browser only with your consent. You also have the option to opt-out of these cookies. But opting out of some of these cookies may affect your browsing experience.
Necessary Always Enabled
Necessary cookies are absolutely essential for the website to function properly. These cookies ensure basic functionalities and security features of the website, anonymously.
Functional
Functional cookies help to perform certain functionalities like sharing the content of the website on social media platforms, collect feedbacks, and other third-party features.
Performance
Performance cookies are used to understand and analyze the key performance indexes of the website which helps in delivering a better user experience for the visitors.
Analytics
Analytical cookies are used to understand how visitors interact with the website. These cookies help provide information on metrics the number of visitors, bounce rate, traffic source, etc.
Advertisement
Advertisement cookies are used to provide visitors with relevant ads and marketing campaigns. These cookies track visitors across websites and collect information to provide customized ads.
Others
Other uncategorized cookies are those that are being analyzed and have not been classified into a category as yet.
SAVE & ACCEPT